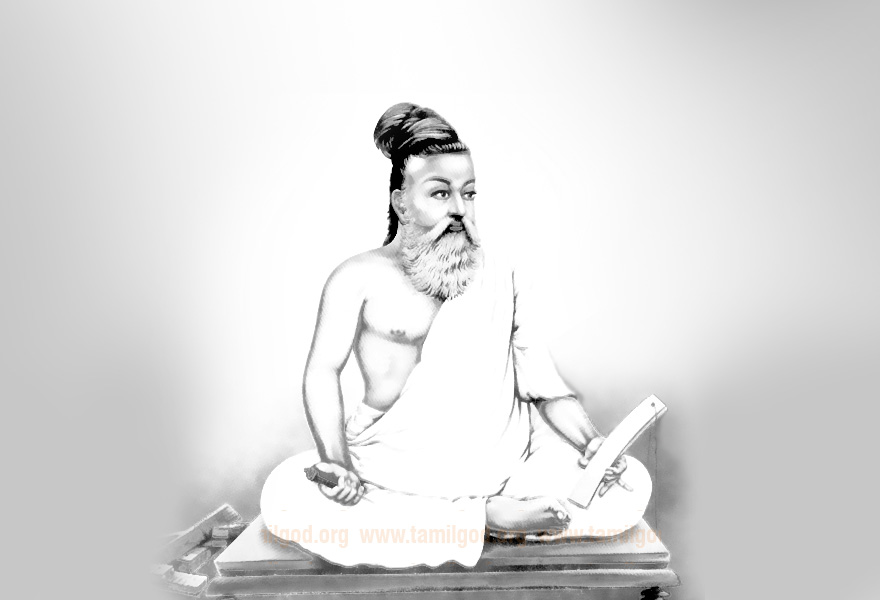 Thirukural written by Thiruvalluvar consists of three books, the first book on Aram (the Way or Dharma), the second on Porul (Material or Artha) and the third on Inbam (Joy or Kama).

There are 37 chapters in the first book, the first four called Payiram or Prefactory Matter, the next twenty about Ill-Aram (the householder's Dharma) and the next thirteen about Turavaram (the path of Renunciation). The second book on Porul contains seventy chapters, the first twenty dealing with Kings and their Duties, the succeeding thirty two chapters with the other matters concerning the State, and next thirteen, with Sundry Concerns. The third book on Inbam contains twenty five chapters, the first seven being on Pre Marital Love (Kalavu) and the next eighteen on Marital Love.There are 133 chapters in all, each chapter contains ten distichs in the metre known as Kural and the work itself is now called by that name.

You are viewing : Thirukkural

Tamil Spiritual Blog : Religious Blog with resources like lyrics for chanting, books, thoughts and opinions regarding spiritual beliefs and practices

Tamilgod.org, ஆன்மீகத் தேடல், தகவல்கள் & சிந்தனை - devotional song lyrics, spiritual readings even values and principles. Hoping that, through this spiritual blog, I would be able to inspire and motivate you to keep strengthening your faith.